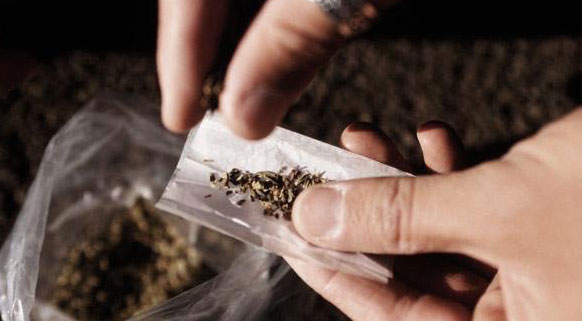 All the independent, peer-reviewed research confirms what I and other experts have observed for years. Cannabis users significantly underachieve in education, their careers, and have significant problems with their most significant relationships.  Two recent and eye-opening studies  published in the medical  journals Addiction, and Neuropharmacology  respectively reveal gross deficits in cognitive ability, executive functioning, attentiveness, and  motivation.

In a large prospective study approximately 1900 adolescent were followed and evaluated for 10 years. The results were clear, definitive and shocking. Marijuana users were three times more likely to be unemployed or have dropped out of school compared to  non-users. The evidence was so compelling that the lead investigator of the research dubbed marijuana as, “the drug of choice for life’s future losers.”  In short, adolescents and young adults  who possess the intelligence, desire, and motivation to go on to college or technical school frequently abandon these aspirations for something less rigorous once they begin smoking marijuana.

Hurd and colleagues (2014)  demonstrated that even casual cannabis use impairs memory, motivation, and executive functioning, which involves the ability to organize tasks, control impulses and set priorities.  As a result, most marijuana users adjust their life’s trajectory, goals, and priorities downward to accommodate their impaired cognitive state. Parallel  research published by the Journal of the American Medical Association (2015) reveals the over 30 percent of marijuana users are, in fact, addicted. This is two times higher than the addiction rate for those who use alcohol.

I was at Georgia Tech pursuing my dream of becoming  a biomedical engineer. I smoked marijuana for the first time at a Holloween party and by Christmas, I was getting high 3-4 times per week.  I squeaked by and passed my first semester exams, but by spring break, I could not keep up.  The next year I lost my scholarship, became a business major and 2 years later I dropped out. Now I have 30 thousand dollars of debt for my student loans. I wish I never started smoking weed  because now I can't stop. ---Devon, 28

It’s just too hard to smoke up 3-4 times per week and remain motivated and disciplined enough to get up early and put in the hard work necessary to succeed in something difficult. Consequently, marijuana users are frequently unemployed or underemployed in jobs that are less  challenging. Unfortunately, it isn’t until they quit using cannabis that they realize how marijuana has robbed them of precious years, and the life or career they truly desired.

Regrettably, the legalization of marijuana in Colorado and several other states has sharply increased the prevalence of use among young people.  The results  of this shortsighted thinking will be disastrous. Millions of impaired young minds that will never realize their potential. Such as waste.